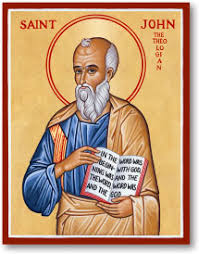 While Scripture demonstrates the falsehood of Oneness theology in many places, there is a new one that I wish to address here: “Grace, mercy, and peace will be with us from God the Father and from Jesus Christ the Father’s Son, in truth and love” (II John 1:3). I have never seen this addressed as a refutation of modalism, but it seems an obvious implication to me.

John wishes three things for the recipient of his epistle, whether it is a literal woman or a church: Grace, mercy, and peace. From what source? From God the Father. Alone? No, but rather also from Jesus Christ the Son. And notice that he does not mention the Holy Spirit.

This is very problematic for the Oneness believer. This epistle was written about three decades after the ascension. According to the claims of Oneness, only the Holy Spirit is now God, yet John does not seek grace, mercy, and peace from Him. Not only that, but he addresses his prayer to the Father and Jesus simultaneously, while Oneness claims that they do not exist simultaneously. Therefore, John’s prayer is to the modes that Oneness says are not available, and avoids addressing the one that Oneness says is available.

All by itself, this one verse of just twenty-three words refutes the manmade modalist doctrine of Oneness Pentecostalism.’