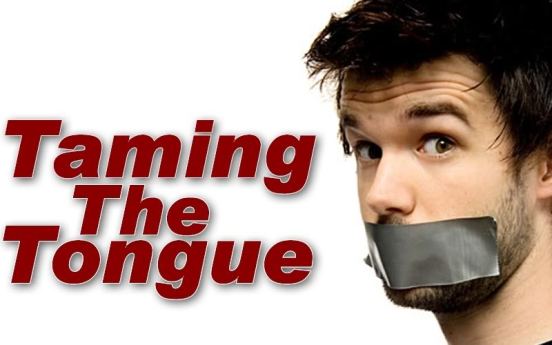 ‘In this article, I would like to address this issue head-on. My hope is to raise the awareness of my brothers and sisters in Christ on this matter, so that we all will better follow the Lord’s teachings regarding our speech about and actions toward others.

What exactly is gossip?

Gossip is second or third hand information that someone dumps on you without your prior consent and without the consent of the person being gossiped about.Gossip can be true, partially true, or completely false. It can be motivated by good intentions, but it’s always negative personal information about another that puts them in a bad light.

The Bible defines slander as accusatory speech that is injurious to a person’s name and reputation. It’s essentially character assassination . . . the act of smearing someone. Gossip and slander color people’s perceptions of an individual unfairly and unjustly without their knowledge or consent. One major component in both of these sins is that the person being torn down is out of the loop. Talebearers usually avoid speaking directly to the one they are demeaning.

I will admit that I have listened to gossip in the past. At the time, the thought never occurred to me how deeply a person and their family could be hurt when someone attacks their character without their knowledge or consent.

It seems that most people who spread gossip never think about this. Nor do they realize that what they’re doing is engaging in gossip and slander. (Some people, of course, who intend to smear another human being know exactly what they’re doing. Many Christians, however, naively spread gossip without realizing what sort of destruction it brings in the lives of others.)

For this reason, I have raised a standard in my life. To the best of my ability, I always evaluate people based on my first-hand experience with them, not on what someone else tells me about them – for the obvious reason that second-hand information can be very misleading and inaccurate (sad to say, I haven’t always lived up to this standard in the past).

Gossip and slander violate the Lord’s own maxim: “Treat others the way you want to be treated.” If anyone has suffered the agony of being gossiped about, they understand the force of those words. No one wishes to be the subject of gossip and slander. There are few things so hurtful.

One of the problems is that gossip and slander seem innocent and they often come to us subtly. One doesn’t have to be operating in malice to be guilty of gossip and slander. Again, the motive is irrelevant. Spreading negative or shameful information about another person is contrary to walking in love. Love “thinks no evil” and “believes the best of others” (1 Cor. 13).

What does gossip and slander usually sound like? It usually begins with something like, “Did you hear about such and such . . .” The rest of it goes on to put an individual in a shameful or negative light. A.W. Tozer had these powerful words of advice about the sin of gossip:

So what should we do if we hear a rumor about someone else?

If we are in conversation with a person and they begin to express words that put another brother or sister in a bad light, we have a responsibility to interrupt such speech and exhort them to speak directly with the person they are criticizing. If an email containing gossip is sent to us, we should disregard the content and ask the sender to go to the one being spoken against.

In all circumstances, as much as lies with us, we should not be a party to gossip and we should confront those spreading evil speech. We must not forget that matters of concern about others must be confirmed with witnesses (Matt.18:16), and others should only be notified if the person refuses to repent – which means they refuse to stop their sinning. We sin by entertaining accusations against others that have not been confirmed by witnesses, or that have already been repented of. It is sinful to spread information about the past sins of others when they are already under the blood of Christ.

In addition to the above, we should go to the person being targeted and make them aware of it. We should then ask for them to confirm or correct it. This is the loving thing to do. Think about it: If someone was spreading something negative about you, would you not want to be made aware of it? Again, love treats others the way we wish to be treated.

Whenever we hear gossip, we should consider these questions: “Would I want someone talking about me like this? How would my family feel about this? My spouse, my mother, my father, my children, my best friends?” (These thoughts are typically never considered when a person listens to or spreads gossip about another individual.)

Have you ever noticed that speech that tears others down travels like a brush fire, but news of repentance and restoration seems to move along at a snail’s pace? Why is it that we often immediately believe and embrace negative assessments of people, but reports of repentance, change, or the dispelling of a false rumor are met with skepticism? As believers, the exact opposite should be our practice: we should be hesitant to entertain and skeptical of adverse words about others, and quick to rejoice in and embrace news of the dispelling of a rumor or another’s repentance!

Satan’s nature is to accuse. He is called the “accuser of the brethren” (Rev. 12). In fact, the word “Satan” means adversary, and the word “devil” literally means “slanderer.” That should say volumes to us. (…)

Further, the union of Christ with his people should certainly give us reason for great caution with our words about fellow believers. Paul said in Romans 14:15, “Do not by your eating destroy your brother for whom Christ died.” I think we are also warranted in saying, “Do not by your words destroy your brother or sister for whom Christ died.” It is a very serious matter to hurt anyone in Christ’s little flock (Luke 17:1-4).

A careful reading of the Bible shows the destructive nature of gossip and slander. It says, “The words of a gossip are like choice morsels; they go down to a man’s inmost parts” (Prov. 18:8, 26:22). Gossip is likened unto poison that once someone drinks, they cannot get out of their system. And it always separates people. Even close friends and loved ones.

In conclusion, the next time you hear a rumor, go to the person being rumored about. And never spread something about another person without talking to them first and having an open mind to hear their heart. Unconfirmed notions about others should not be spread abroad.

In the pursuit of mutual edification and peace, our mouths play a very important role. Our words should be carefully chosen, and designed to build up, not to destroy (Eph. 4:29.31; 5:4; Col. 3:8,16; James 3:10; 1 Pet. 4:11). We must “slander no one” (Tit. 3:2), and be ready always to speak a good word about our brothers and sisters in Christ. In the human realm, words are most often the spark that leads to wars and atrocities, and there is a parallel in the realm of the church, for “if you keep on biting and devouring each other” with hurtful and damaging words, “you will be destroyed by each other” (Gal. 5:15).’

Read also: “Are you A Christian Cannibal?” by Michael Wilson (that article continues on Galatians 5:15).